"Adam Smith and the Wealth of nations" 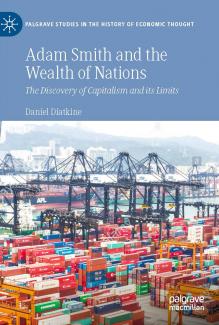 This book examines Smith’s criticism of the mercantile system, the political
dimension of capitalism. Through insights into Smith’s analysis of the political
threats of capital accumulation and the growth of inequality, the point at which
he discovered capitalism is highlighted.
This book aims to explore Smith’s belief set out in The Wealth of Nations that the
mercantile system was a viable, if politically dangerous, economic model. It is
relevant to students and researchers interested in the history of economic thought.

“This powerful and lucid book frees Smith’s thought from common
misrepresentations and revives his original intent.”